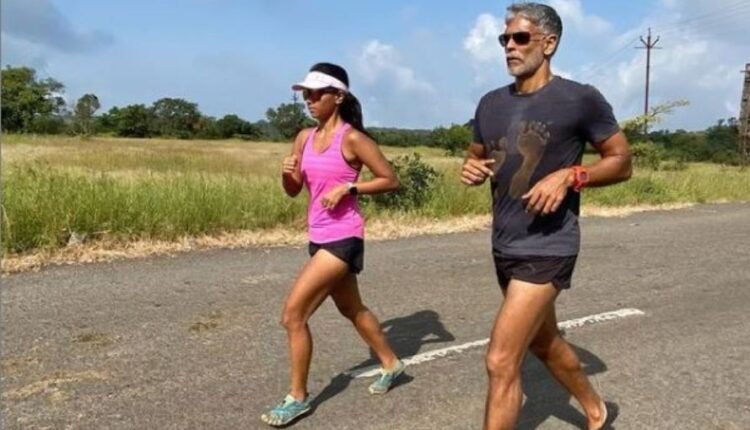 Mumbai/Bhubaneswar: Milind Soman and wife Ankita Konwar are synonymous with fitness. When Milind is not doing complex exercises, he loves to run. In a picture shared by Milind, the veteran model along with wife can be seen running on the streets. He mentioned that it was a 20-km-long run.

Milind also stated in the caption he and his wife ran in the hills for 20 km.

When the power couple were running, then who clicked of the photos. To clear the air, Milind also mentioned in the caption his driver took the photo.

Sharing the images on social media, Milind wrote, “20km today after a long time in the hills that I love and with the person that I love…If anyone still really wants to know who takes these pictures, it’s my driver.”

In September, Milind and Ankita cycled for 65 km from Baramulla to the LoC near Uri during an initiative organized by the Indian Army.

Through eight years of marriage, the couple has been upfront about choosing health and fitness. Running has been a passion for both of them, and the duo can often be found sprinting away, be it high up in winding mountains or on the streets and flyovers of Mumbai. However, this time, the duo decided to leave the hustle and bustle of the city and bring in Ankita’s birthday in September at an Airbnb Villa in Alibaug, which also happens to be the place they tied the knot.