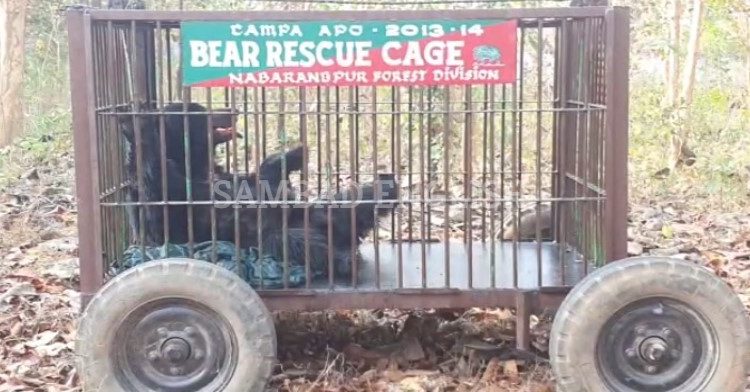 Nabarangpur: A wild bear that had strayed into a village under Nandahandi block in Nabarangpur district sending panic waves among residents since last night was rescued today.

After a long hours of efforts by forest officials, the wild animal was finally trapped in a cage installed at garden of one resident Kishore Chandra Mishra, a retired Chief Engineer.

According to reports, the bear had entered into Dahana village last night creating fear among the locals. 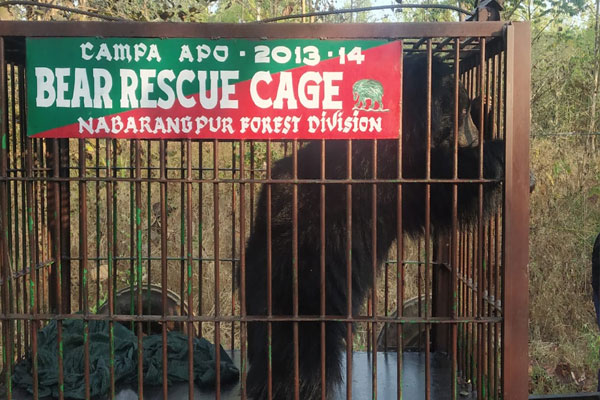 Sources said that the wild animal had been straying to the garden of the particular resident by jumping over the boundary wall in the evenings since a past few years and consuming fruits as well as sugarcane grown at the garden. A few days ago, two bears were spotted fighting with each other for food at Mishra’s garden following which the panicked resident had informed the forest officials. The incident was also reported in media.

Acting quickly, the forest officials made a plan to capture the omnivorous. They installed a cage inside the garden. After the bear jumped over the boundary wall to enter into the garden, it fell into the cage.

In the morning, the caged animal was taken to a secluded place. After examining its health condition, the bear will be released into the wild, an official source said.