Wildlife in danger: Numbers of leopard, dolphin decline in Odisha 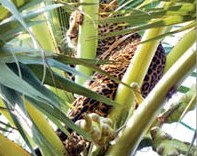 Bhubaneswar: Even as Odisha government is claiming to have taken initiatives for safety of wildlife in the state, the numbers of leopard and dolphin are on decline since past few years.

As per the data available with the state forest and environment department, there were 196 male leopards, 218 female leopards and 13 cubs in 2004. Except Sambalpur circle, the number of leopards has declined in all the circles in Odisha.

While 44 leopards were recorded in Sambalpur circle in 2004, the number rose by only two to 46. The highest number of leopards was found in Similipal Tiger Reserve (STR) circle that had total 132 in 2004. Now it declined to 65. There are only 58 leopards recorded on Berhampur circle as against 98 in 2004. The number of leopards declined to 51 from 61 in Bhawanipatna circle, 15 from 52 in Koraput circle, 53 from 57 in Angul circle, 19 from 25 in Rourkela circle and 11 from 18 in Bhubaneswar circle in the past 12 years.

The decline of leopard cubs by 50 percent is the matter of concern for the government. Total number of cubs registered at 20 as against 43 in 2004. There is no cub in Koraput and Bhubaneswar circles.

There were 450 dolphins of seven variants spotted in Odisha. The number declined to 257 including 52 Bottlenose dolphins, 125 Humpback dolphins and 50 pantropical spotted dolphins.