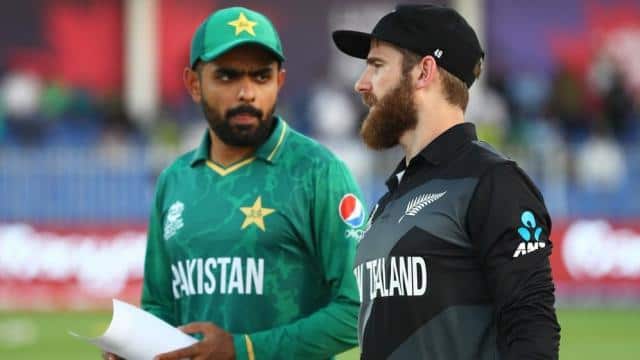 Sharjah: New Zealand captain Kane Williamson has said that Pakistan played the ICC T20 World Cup ‘Super 12′ game against his side on Tuesday in the “right spirit”, contrary to speculation that Babar Azam’s boys would be all charged up after the Black Caps abandoned the tour of the country last month due to “security threats”.

Several former Pakistani cricketers and commentators have been vocal about New Zealand cancelling the limited-overs tour of Pakistan hours before the start of the opening ODI in Rawalpindi last month, terming the T20 World Cup game a “revenge” match.

Asked during the post-match press conference, if the Pakistan player were “aggressive towards” New Zealand cricketers, Williamson said, “No, they played in the right spirit, I believe, and a great spirit. They’re a very competitive, proud cricketing nation, and they showed that tonight. They’ve been outstanding in the first couple of games of this tournament. I’m sure they’ll be very, very competitive throughout the back end as well. Their hopes are high, no doubt.”

Speaking about the cancellation of tour due to the security threat perception, Williamson, whose side lost by five wickets in a low-scoring game on Tuesday, said, “That was obviously a very unfortunate, disappointing situation for Pakistani cricket fans and the cricketers; a decision that was outside of the players’ control.

“But all the guys were there looking forward to that series to start, and unfortunately it didn’t happen. So it was very disappointing for all involved.”

To a question on whether he would play in the Pakistan Super League if he gets an opportunity, Williamson started by saying that t was a “real shame” to not have played the series in the first place.

“It was a real shame to not have that series go ahead and be played in front of what are some of the most passionate cricket supporters in the world and a very proud cricketing nation. So that was a real shame.

“The Pakistan league is a brilliant league. Sometimes that clashes, I think, with some of our cricket back home. So that’s always a tough one, but as an international player, often you do look at these other opportunities when the timing is right, and they’re always fantastic experiences. I’ve heard a lot of really good things from other players that have played over there as well. Yeah, it’s, I suppose, something to consider in the future.”