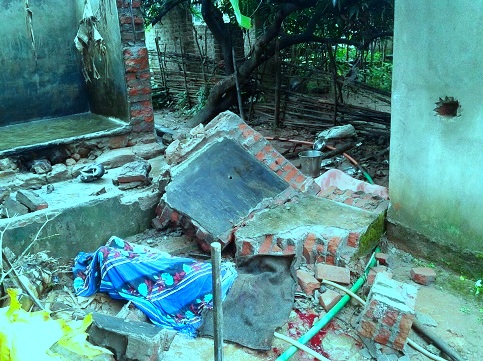 In a tragic incident, a woman and her daughter were killed as a water tank near which they were working collapsed at Telimunda Sahi in Tumudibandha village of Odisha’s Kandhamal district this morning.

Diesel-like substance oozes out from crevice in Odisha’s…

The deceased were identified as Bharati Dalapati and and her daughter Jangyaseni.

According to reports, the wall of the water tank collapsed when the duo was washing utensils near it. Both died on the spot, sources said.

On being informed about the incident, local police rushed to the spot and started investigation.

The water tank, a newly constructed one, had become weak due to incessant rainfall in the area, sources added.

Low pressure likely to trigger rainfall in Odisha till Sept 28

Odisha: Teacher suspended for taking classes while being…