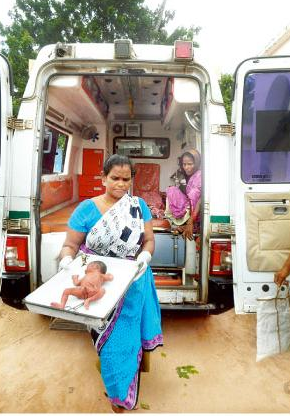 In yet another case that speaks volumes about the sorry state of ambulance services in the state, a pregnant woman in Odisha’s Cuttack district died yesterday after delivering a child as the ambulance arrived after considerable delay.

As per the sources, the deceased Sulochana, wife of Ganesh Kandi of Ambapada was diagnosed with tuberculosis while she was 8 months pregnant. Doctors had advised to take her to SCB Medical college and Hospital, Cuttack for better treatment.

The family of the deceased alleged that on calling the 102 and 108 ambulances at around 7 am yesterday, they were informed that the ambulance was on the way and it would reach soon. However, the ambulance reached after 10 am and by that time Sulochana had delivered a baby boy and fell unconscious due to excessive bleeding.

She was rushed to Niali Community Health Centre (CHC) by the ambulance. However, doctors declared her dead on arrival.

The newborn has been admitted to SCB Medical College and Hospital for treatment.