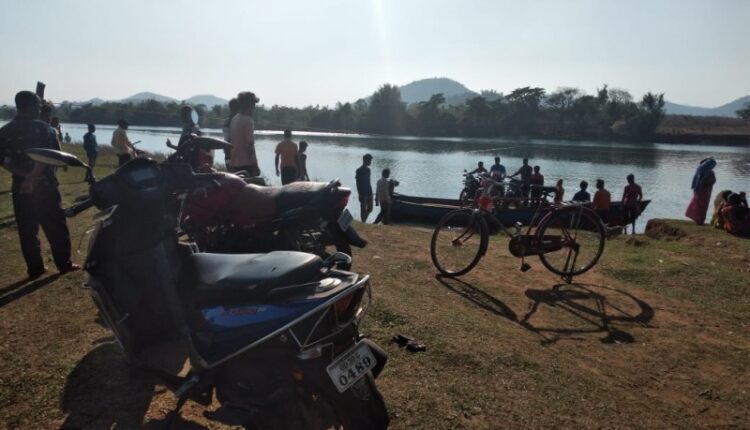 Malkangiri: A woman drowned to death while her husband had a narrow escape after a boat capsized in Chitrakonda block of Odisha’s Mayurbhanj district on Wednesday. The deceased was identified as Moti Golari. Moti had gone missing after the boat overturned while husband Arjun Golari had somehow managed to swim back to the shore.

Her body was recovered by fire services personnel today after a long search operation.

Sources said the couple was coming from Dhakadpadar to Jantari village at around 3 pm in the afternoon when the country boat, in which they were travelling, suddenly capsized due to thunderstorm.

While Moti went missing, Arjun swam back to the shore with much difficulty. Police and fire services personnel reached the spot after getting information and started a rescue operation to trace Moti. The body was recovered today and arrangements are being made for the post-mortem. Investigation is underway, police said.