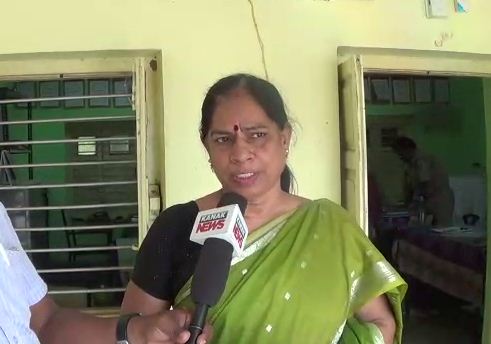 Khordha: In an act of sheer bravery, a woman fought against a chain snatcher despite being injured and foiled a certain loot attempt in Begunia area of Odisha’s Khordha district today.

According to reports, Binodini Mohapatra, a lecturer at Kalapathar Degree College, was travelling with her husband Maheshwar Mohapatra on a motorcycle on Baghamari-Simor road when a youth riding a bike having no registration number plate tried to snatch a gold chain from her neck.

Realising the move of the looter, she punched him on his face following which the youth and the woman along with her husband fell from their respective vehicles and sustained injuries.

A tussle then ensued between the woman and the accused but she managed to nab him with the help of her husband and some locals, who rushed to the spot for extending help to the woman.

The wrongdoer was handed over to Baghamari police and later arrested.