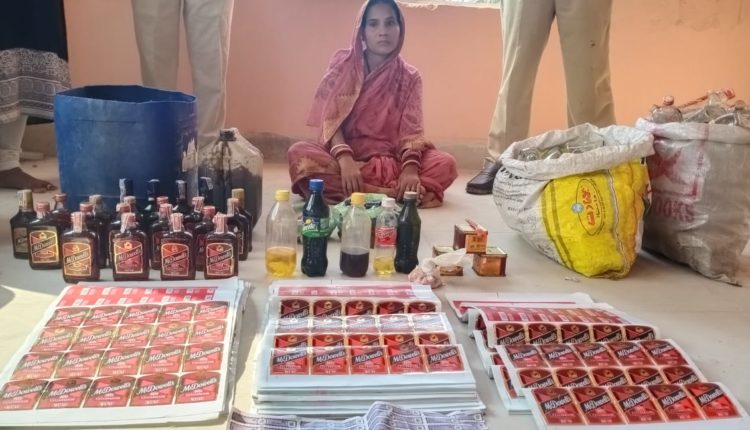 However, another accused identified as Laxmidhar Behera managed to escape the spot.

As per the direction of the district Collector, Excise officials conducted a raid at the liquor manufacturing unit  last evening and  managed to nab one Gitanjali Das of Sindhala village. The officials also seized country liquor worth lakhs of rupees, logos of different reputed brands and raw materials used for making the country liquor. It is suspected that, the unit had been operating for the past two to three months.