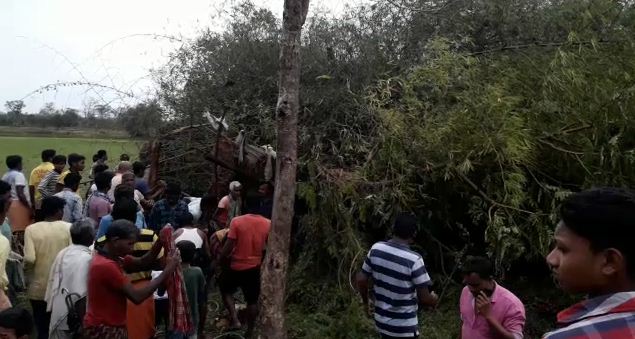 Balangir: In an unfortunate incident, a woman died and four persons sustained critical injuries as bamboos got uprooted and fell on them at a bush where they had taken shelter during thunderstorm at Budra village under Loisingha police limits in Odisha’s Balangir district, today.

The deceased has been identified as Suryakanti Mahakud. The injured ones have been admitted to the Bhima Bhoi Medical College & Hospital here for treatment.

The victims, who were initially trapped under the uprooted bamboos, were rescued by Fire Service personnel and rushed to the Loisingha hospital, where Suryakanti was declared dead by doctor. Others were later shifted to the Bhima Bhoi Hospital for better treatment.

Odisha Governor not to celebrate Holi. Here’s why