Woman saved from crocodile attack by two friends in Odisha 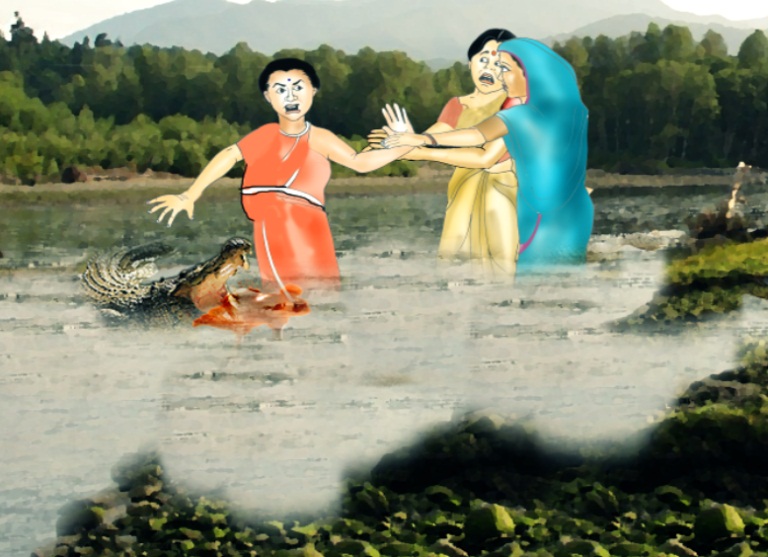 Kendrapara: An act of exemplary bravery saved a woman’s life as her two friends rescued her from the clutches of a crocodile in Odisha’s Kendrapara district.

One Mani Dhaudia (36) of Barakolikhola village was fishing at Kharinashi creek within Mahakalapada forest range near Bhitarkanika National Park yesterday when a saltwater crocodile attacked her.

The reptile tried to drag her into deep water. However, Basanti Jena and Kanchan Pradhan, her two friends, who were present at the spot rescued the victim by attacking the animal with utensils.

The crocodile lost its grip and failed to cause further damage to the woman. She sustained wounds on both her legs and was admitted to Mahakalapada Community Health Centre (CHC) for treatment. She is out of danger now, hospital sources said.

Woman loses leg after hubby pushes her off train in Odisha

Establishment of Cancer Hospital in Bhubaneswar gets Cabinet nod