A video of the incident went viral on social media sparking public outrage and bringing under scanner the complicity of the police in the illegal act. 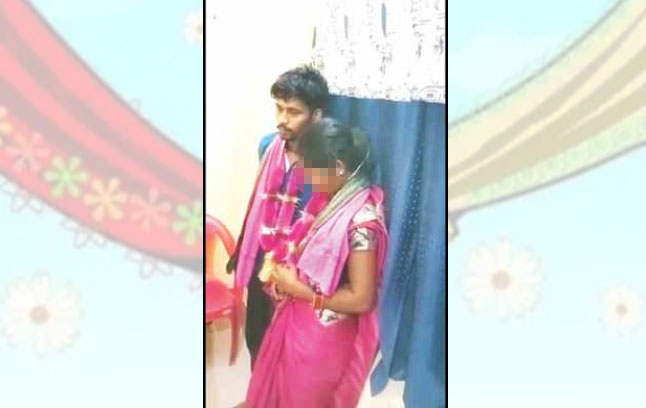 Kesinga: In  a shocking incident, a man, without getting divorce from his first marriage, got married again and that too in a police outpost despite a case being registered against him by his first wife in Borda outpost in Kalahandi district of Odisha. Not just that, the couple exchanged garlands in presence of outpost in-charge, another security staff and a few other people who attended as witnesses.

A video of the incident went viral on social media sparking public outrage and bringing under scanner the complicity of the police in the illegal act.

Sources said the man, Santosh Panigrahi of Sapasilet village had married one Rajesh Kar’s daughter Shraddhanjali from Kesinga five years back as per Vedic rituals. While the couple has a four-year-old child and Shraddhanjali is pregnant again, Santosh had reportedly eloped to marry another woman from a different caste. Shraddhanjali and her in-laws, after getting to know about this, had  filed a case at Borda police outpost. But as per their allegations, police took no action. Family members later managed to trace Santosh and handed him along with the woman to police.

While assuring needful action and a probe into the matter, Shraddhanjali had been asked to return home. However, Santosh exchanged vows with the other woman at the outpost the same night in presence of the security personnel. The episode triggered considerable anger in the area as police not only allowed the illegal act without even informing the man’s first wife and kin but also participated in it.

Shraddhanjali and family later approached the SP who is on leave and apprised him of the matter over phone. Contacted, SP Abhilash G expressed his displeasure at the police act in Borda and said such an incident should not have happened. He assured needful action as per law.

OTET-2022: Re-exam at 3 centres in Odisha’s Malkangiri due to malpractice