Udaipur/Bhubaneswar: A woman teacher working in a private school in Rajasthan’s Udaipur was terminated after she expressed her happiness on Pakistan cricket team’s victory over Team India in the T20 World Cup match through WhatsApp status.

The woman, identified as Nafeesa Attari, was working at the Neerja Modi School in Udaipur. She had posted a photo related to the match as WhatsApp status with a caption “Jeeeet gayeeee… We wonnn”.

When a parent of her student asked her whether she supported Pakistan, Nafeesa replied ‘Yes’.

As screenshot of the teacher’s WhatsApp status went viral on social media, the school management expelled her from the job and issued a termination letter. 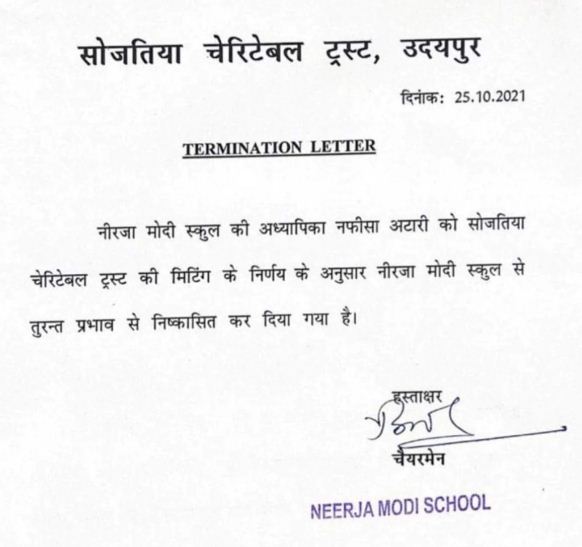 Mohammad Rizwan (79 not out off 55 balls) and Babar Azam (68 not out off 52 balls) displayed wonderful batsmanship to help Pakistan crush India by ten wickets in a Group 2 match of Super 12 of the ICC Men’s T20 World Cup at the Dubai International Stadium on Sunday. The win, set up by Shaheen Shah Afridi’s opening burst, also meant that Pakistan broke their hoodoo against India in men’s T20 World Cups.

New COVID variant AY.4.2 up to 15% more transmissible than Delta!