Do the women hockey Olympians from Odisha deserve this? 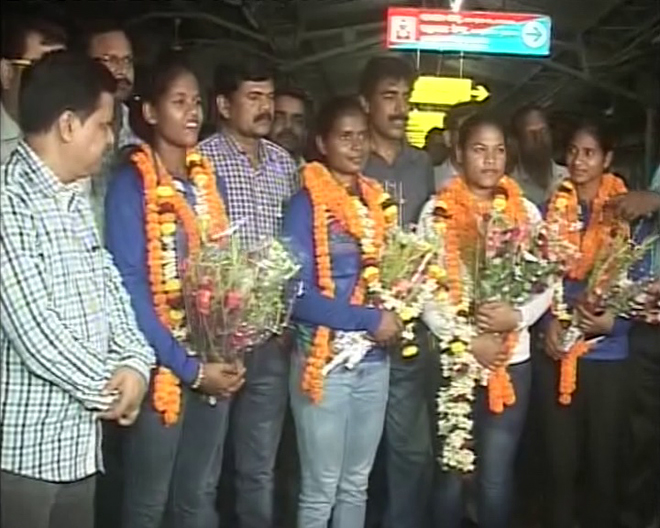 The sports lovers in Odisha erupted in joy when four women players from the state were picked up in the national squad for the recently-concluded Rio Olympics.

Though the Indian team failed to win a medal at the event, the players certainly scripted history for representing the country at the highest level. However, they certainly deserved a better treatment than what was extended to them.

Govt to examine criteria before permitting anyone for…

The hockey stars—Deep Grace Ekka, Namita Toppo, Lilima Minz and Sunita Lakra—boarded the Dhanbad-Alleppey Express train from Ranchi to Rourkela and had to reportedly travel without being allotted confirmed berths, sitting on the floor of the train. The Sundargarh girls were not given berths despite revealing their identity to the Train Ticket Examiner (TTE).

“We asked the TTE to allot berths to us but he denied. After travelling for about an hour, we got seats,” Sunita Lakra said.

The attitude of the Railway staff has aroused severe discontentment among the people.

“We will definitely draw the attention of the Railways about the incident. They should have been provided seats. It is the responsibility of the department to take care of them,” Sundargarh Sub-Collector Himanshu Sekhar Behera said.

Dipa may get cash instead of BMW car due to maintenance…