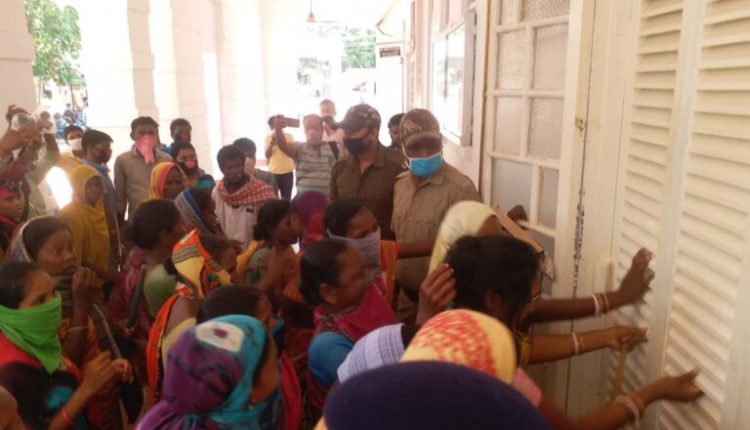 Baripada: Several women today barged into the office of Mayurbhanj District Collector and ransacked properties of the office. A scuffle ensued between them and police before the incident.

The issue pertains to alleged baby swapping at Pandit Raghunath Murmu Medical College & Hospital here on May 5. Two women of Shyamakhunta block in the district having same name had given birth to two sons at the hospital.

On being contacted by hospital authorities over the baby’s death, Kartik informed them that his son was healthy and alive at his house. Later, the authorities told Kartik to come to the hospital with the baby for administration of vaccine.

As he reached the hospital with the baby, they took the baby inside the SNCU and informed him that the baby died, alleged Kartik.

Tension erupted at the Collector’s Office today over the incident as many women of Kartik’s locality created ruckus and ransacked it.