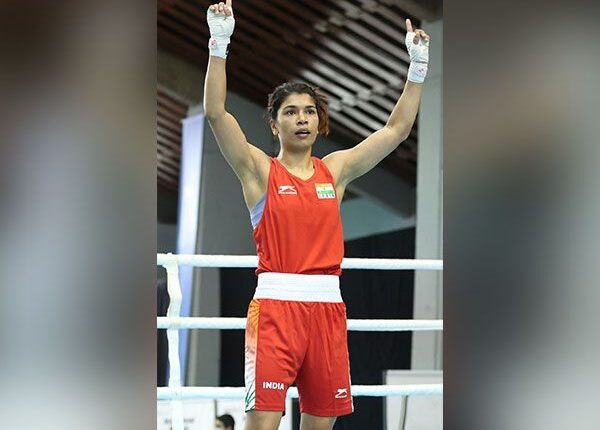 New Delhi: Indian boxer Nikhat Zareen on Thursday bagged a gold medal after beating Jutamas Jitpong of Thailand 5-0 in the 52kg final of the Women’s World Boxing Championships in Istanbul.

Earlier on Wednesday, Nikhat had pulled off a comprehensive 5-0 win against Brazil’s Caroline De Almeida in the 52kg semifinal.