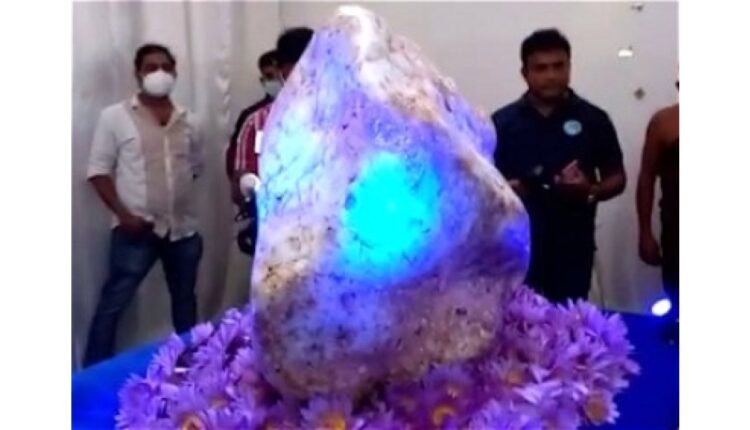 Colombo:  The Sri Lankan government said that the massive star sapphire cluster found in the country last year has been registered in the Guinness Book of World Records as the world’s largest ever.

State Minister of Gem and Jewelry Related Industries Lohan Ratwatte told the local media on Friday said the stone, weighing over 500 kg, had entered the Guinness Book after it was certified as the largest star sapphire cluster by the Gubelin Gem Lab in Switzerland, reports Xinhua news agency.

The star sapphire cluster was found in Ratnapura, a traditional centre for the Sri Lankan gem trade, located 100 km southeast of the country’s capital Colombo.

Sri Lankan officials said the cluster weighs around 510 kg or 2.5 million carats and has been named the “Serendipity Sapphire”.

The Minister said that the cluster which is currently in Switzerland will be taken to Britain for auction.