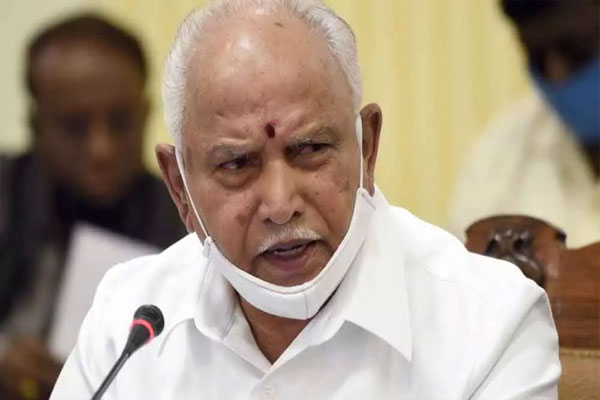 Vijayapura: Refuting the rumours of the ruling BJP sidelining him and especially his son B.Y. Vijayendra, former Karnataka Chief Minister B.S. Yediyurappa said on Wednesday that his son would contest the upcoming assembly elections: “Vijayendra will contest the assembly polls from the party and he will emerge victorious in any assembly segment of the state.”

Yediyurappa stated that his son is still young and working hard. The state’s youths have faith and hope in Vijayendra.

However, Yediyurappa refused to comment on the statement of Minister for Youth Empowerment and Sports Narayana Gowda that Vijayendra has the ability to take on the post of Chief Minister.

When asked about Opposition leader Siddaramaiah’s comments that Yediyurappa and his family have been sidelined by the BJP, he said that he does not need a certificate from Siddaramaiah.

“BJP has given honour and opportunity to me like no other leader. I have been CM 4 times. I have resigned from the post of CM and till date the party has the same respect for me,” Yediyurappa added.

Answering a question on his failure to get a ticket for Vijayendra for the MLC polls, Yediyurappa stated that it is a fact that family members should not get tickets and Prime Minister Narendra Modi himself had made a decision in this regard.

This is the first time that Yediyurappa has given a statement on his son Vijayendra contesting elections. Vijayendra was alleged to be the shadow CM when Yediyurappa was at the helm. The party leaders fear that Vijayendra would create another power centre in the state BJP.

22 killed as van falls into ravine in Pakistan