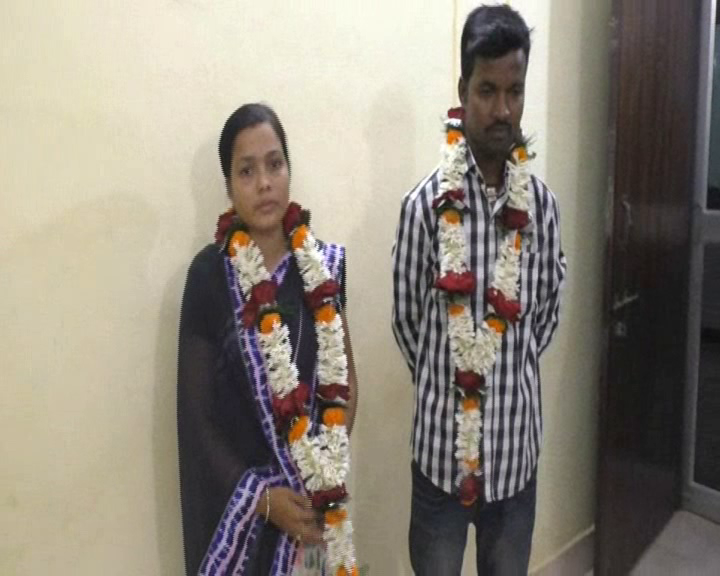 In a unique way of wedding during the Valentine week, a loving and young couple tied the knot in police station in presence of police officials and lawyers in Odisha’s Jajpur district.

The wedding took place at Jajpur Road police station with the consensus of parents of both bride and groom.

According to reports, the young boy and girl of two neighbourers belonging to Danagadi area of the district were in love with each other. Following opposition from family members, both fled their homes.

Acting on the complaint lodged by girl’s father, the police launched search operation to nab the love birds and ascertained them. After going through the opinion of the young couple, the police decided to play a role of mediator between two families to allow the couple to start a new innings of life. The police successfully convinced the family members and finally they married in presence of the locals, police and lawyers in the police station.