You’ll always be alive in our hearts: Raina demands justice for Sushant 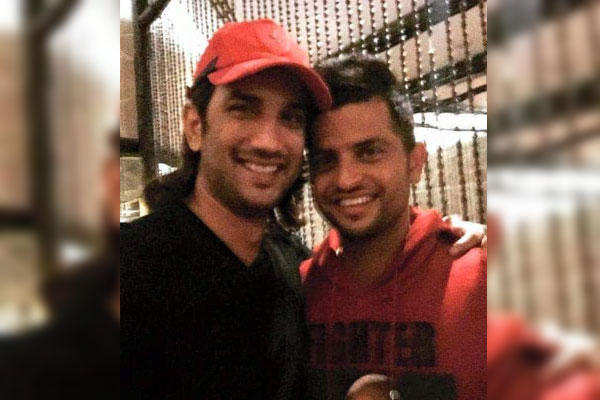 New Delhi: Former Indian cricketer Suresh Raina has penned an emotional note for Sushant Singh Rajput, saying the late Bollywood actor was a true inspiration and he will always remain alive in the hearts of the people.

Sushant was found dead at his Bandra residence in Mumbai on June 14.

On Monday, Raina shared a video on his official Twitter handle remembering the late actor and said that he has full faith that the government would leave no stone unturned to bring justice for the late Bollywood actor.

“Brother you will always be alive in our hearts, your fans miss you more than anything! I have full faith on our government & it’s leaders who will leave no stone unturned to bring you justice, you are a true inspiration! #GlobalPrayersforSSR #JusticeforSSR,” said Raina along with the video.

On August 19, the Supreme Court ordered the Central Bureau of Investigation to probe Sushant’s death and asked Mumbai Police to hand over all evidence collected so far in the case to CBI.

Raina on August 15 bid adieu to international cricket, thus bringing curtains down to a stellar career spanning 13 years. He represented India in 18 Tests, 226 ODIs and 78 T20Is.

Raina will be playing for the Chennai Super Kings in the upcoming edition of the Indian Premier League (IPL) slated to be held in the UAE from September 19 to November 10.