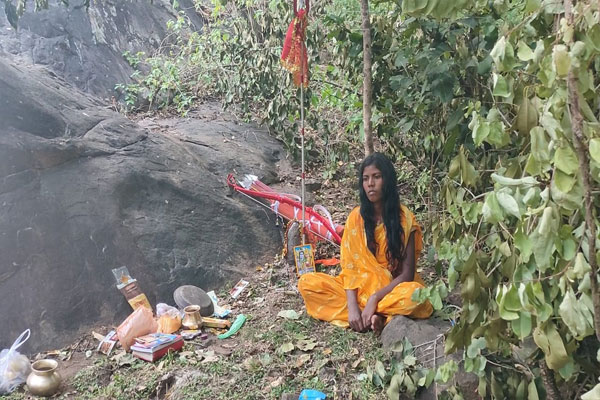 Nabarangpur: An uncanny incident has come to fore in Odisha’s Nabarangpur district, where a young woman is reportedly performing ‘Akhand Tapasya’ (deep meditation) in a forest in the quest of God.

When asked, locals said she is unmarried and meditating in the forest for the last six  days.

As per reports, Nirabati Kalar, a resident of Dhamnaguda village near Umerkote in the district left her house on the night of Gajalakshmi Puja without the knowledge of her family and went to Bedaguda on the foot of Podagada hill and sat in meditation there.

Soon after the words spread,  people from the locality and nearby villages flocked to the jungle only to find the woman meditating with a picture of Lord Shiva, a Trishul (trident) and some incense by her side. 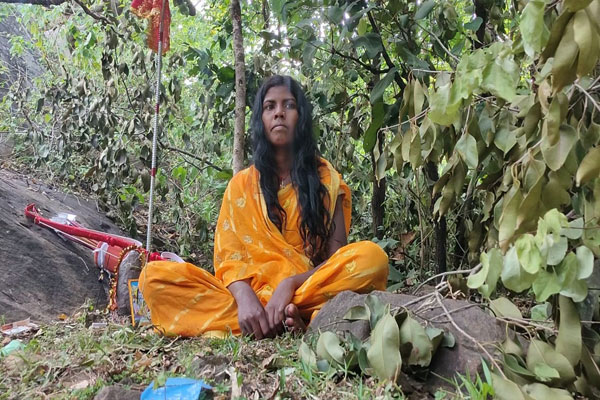 After fasting for four days straight, she consumed some fruits that the villagers offered her on her fifth day yesterday there. If anyone asks her anything, she would not speak and nod her head instead, said a local.

Apparently, the woman has been fasting from Navratri as informed by her father Kamulu. However, it is still unclear for her family as to why she took such a step suddenly.

Situation at border tense, war with China can’t be ruled out: COAS Rawat