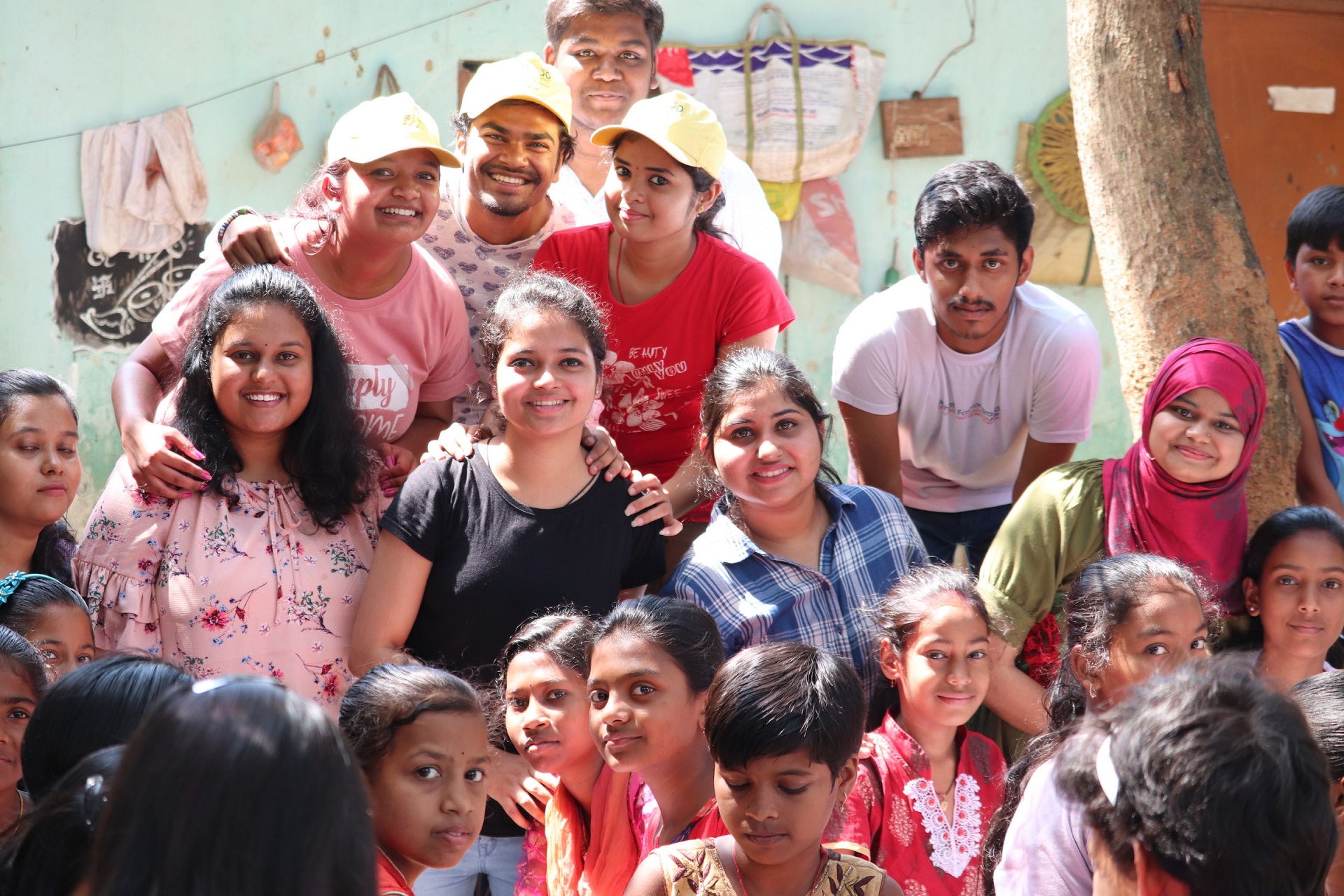 Bhubaneswar: With the understanding that political engagement comes from participation in the process of creating change in society and with exposure to problems faced by people, Bakul Foundation mobilized hundreds of youth from colleges, schools and IT firms to celebrate the BAKUL Day of Service by visiting 12 slums in Odisha capital and having fun and learning activities with children today.

“We wanted to initiate youth into volunteerism and foster political engagement by creating a platform for them to volunteer. Our other aim was to sensitize the youth to issues faced by people in the slums, children and the elderly when they go to conduct activities,” Pooja Mishra, the coordinator of the event said.

School children from DPS Kalinga and KV No1 here were part of the campaign. Besides, students from AIIMS, Hi-Tech, IIIT, KIIT, ITER, Trident, J D Institute, OUAT, SICC and people from IT companies such as In2IT and Infosys, and volunteer groups such as TPH, Rotaract and Sankalpa also were part of it.

Storytelling and craft were the key activities in the Day of Service.  Saubhagya Beura, a storyteller associated with Bakul Foundation said that, “BhuFeSto or the Bhubaneswar Festival of Storytelling organized by BAKUL with BDA during the Hockey World Cup was a landmark event in the city that exposed children to the best of storytelling. Through the Day of Service, we took storytelling to the slums. Similarly, BAKUL has been conducting craft workshops at the state level children’s festivals organized by the state government such as Sargiful and Suravi.”

Pooja Mishra, the Coordinator, added that “Such activities happening in the slums will help promote social cohesion and lessen the divide and foster better interaction and understanding between different social groups in addition to making the youth more politically engaged through volunteerism.”

Bakul Foundation has been celebrating Days of Service twice a year, on Gandhi Jayanti and on the 4th Sunday of March since 2011.

Apart from Bhubaneswar, it was conducted in 10 cities across India including Cuttack, Angul, Mumbai, Pune, Hyderabad, Bangalore and Delhi.