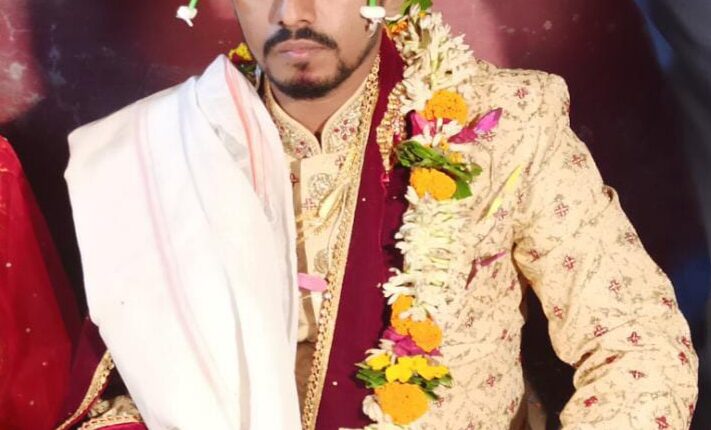 Kendrapara: The tragedy due to COVID-19 in its second wave continues unabated as a youth died merely 5 days after his marriage in Odisha.

The incident shattered his entire family, newlywed bride as well as residents at Durgadebipada village under Rajkanika Block in Kendrapara district.

According to reports, Sanjay Kumar Nayak alias Dipu of the village was working with a private company in Bengaluru. He had returned to home on May 1 for his wedding that was solemnized on May 9.

The 26-year-old youth had undergone COVID test in Bengaluru before heading for his native place for marriage. Though, his test report was negative for the virus, his health condition started declining after a few days at home. After marriage, he developed COVID-like symptoms. However, he and his family ignored it thinking that the illness was due to excessive shower he took during his wedding ceremony.

Source said Dipu had taken medicines for fever. However, his health condition did not improve. Despite sickness, he attended his fourth night rituals on May 12. The next morning i.e on May 13, he was rushed to the district headquarters hospital in Jajpur after his condition deteriorated further.

After observing his health condition, the doctors referred him to a hospital in Bhubaneswar for treatment. However, the newlywed groom succumbed on the way to Bhubaneswar.

Following the incident, the family members of newlywed bride took her to their home before the body reached his residence.