Youth dies as bus runs over him in Odisha capital 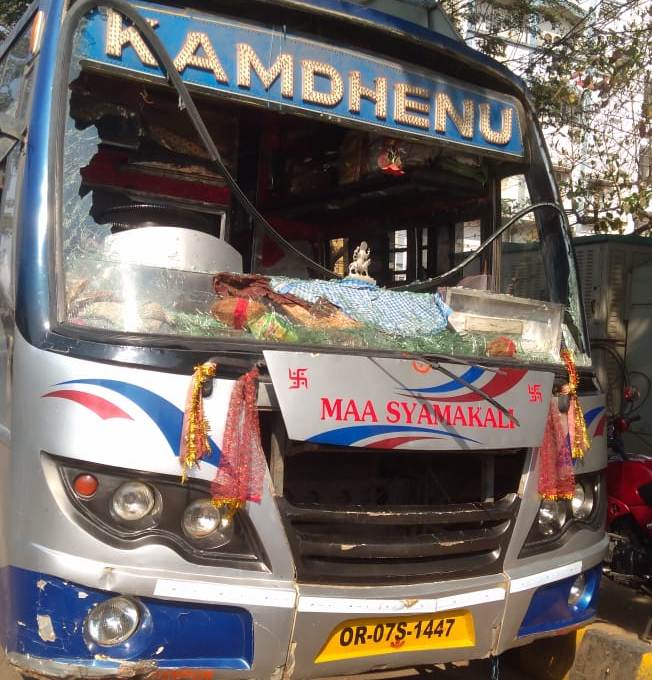 Bhubaneswar: In a tragic incident, a private bus ran over a youth at Master Canteen Square in Odisha capital today killing him on the spot.

Tension gripped the place after the mishap as irate locals ransacked the bus demanding arrest of the driver. The deceased has been identified as Ratnakar Khatua from Kantilo in Nayagarh district.

On being informed, police reached the spot and tried to pacify them. Sources said, more than 30 persons had come from Gunupur in the bus to visit tourist spots in Bhubaneswar.

Police have recovered the body and sent it for post-mortem. Cops have also seized the bus and detained its driver for questioning. The owner of the vehicle, a resident of Berhampur, has also been summoned by police.

The fitness of the bus and other related aspects are being examined.