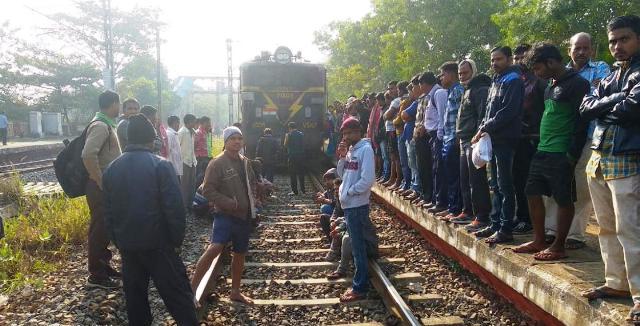 Puri: Tension gripped Kanas Road railway station in Odisha’s Puri district after mutilated body of a youth was found at the platform today.

The body of the deceased, identified as Dhiren Routray (27) of Jagdalpur village under Delang police limits in the district, was spotted at the platform late last night but locals alleged that the Station Master neither paid any attention towards it nor informed the Government Railway Police (GRP).

The locals became angry and staged rail roko by halting Puri-Cuttack-Puri passenger train at the station after they saw dogs and crows damaging the body further. The movement of the train was affected from 9 am to 9.30 am due to the rail roko over the demand of immediate arrest of those involved in allegedly killing the youth.

On being informed, GRP reached the spot and pacifiled the locals, following which the train movement resumed. Police have seized the body for post-mortem and started investigation into the incident.