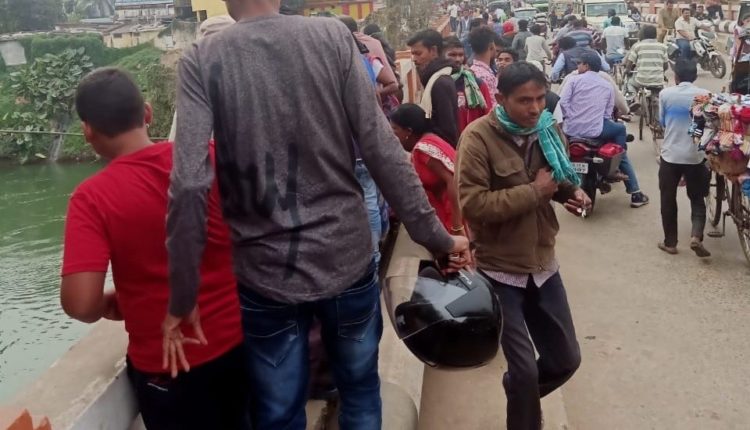 Sambalpur: A youth and a girl went missing after jumping into Burla power channel in Odisha’s Sambalpur district, today.

As per eyewitnesses, the duo was spotted near Burla NAC College around 10 am. Later, the two jumped into the water body holding each other’s hand around 12.30 pm, they said.

On being informed by locals, Fire personnel rushed to the spot and initiated operation to rescue the two, whose identity is yet to be ascertained. Discharge of water from Hirakud dam to the power channel was stopped to facilitate the rescue operation.

Till last reports came in, both were yet to be traced. The rescue operation was stopped in the evening and will resume tomorrow morning, a Fire official said.