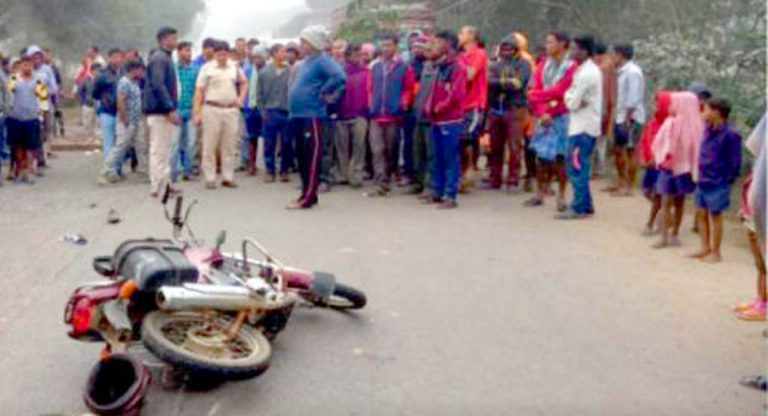 Boudh: Tension prevailed at Marjatipur village in Boudh district after locals staged a road blockade on national highway-57 following the death of a youth in a road mishap today.

The deceased has been identified as Upendra Bhanja of Marjatipur village.

Sources said when Upendra was returning to his house from Girisinga on his bike, an unidentified vehicle hit her from behind and fled the spot. Following the accident, Upendra died on the spot.

Angry over the incident, locals staged a road blockade on NH-57 demanding compensation for the family members of the deceased. Vehicular movements on the national highway were disrupted for a while due to the protest.

The locals later withdrew the blockade after police reached the spot and pacified them.