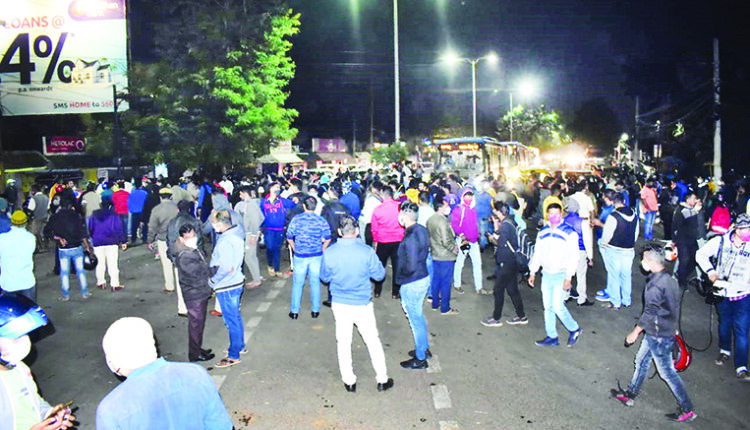 Bhubaneswar: A 19-year-old youth was allegedly murdered by a group of persons at Press Chhak here last evening over an issue related to eve-teasing.

The deceased was identified as Niranjan Parida alias Chintu of Gadakana. His three friends sustained injuries in the incident and were hospitalised.

The Saheed Nagar police have detained three accused of Nayapalli area here and seized a knife, a scooter and a car from their possession.

According to reports, Chintu and his three friends were having snacks at Press Chhak when the accused passed objectionable remarks at a girl.

A heated exchange of words erupted between the two groups over the matter, which later took a violent turn as the accused attacked Chintu and his friends with knife, leaving them critically injured at the spot.

On being informed by locals, police reached the place, rescued the victims and rushed them to the Railway Hospital, where doctor declared Chintu dead.

His friends were later shifted to a private hospital in the city as their condition deteriorated.