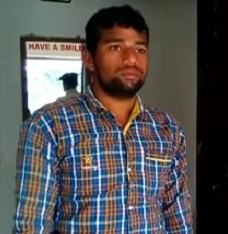 The deceased was identified as D Chinnarao.

According to reports, Chinnarao went to his aunt’s house to resolve a family quarrel. While he was trying to pacify his cousin B Umesh, the latter lost his cool and stabbed Chinnarao with a sharp weapon.

He was rushed to Gurandi hospital in a critical condition where doctor declared him brought dead.

Police have arrested Umesh. Investigation into the incident is on.

Seven get lifer for murder in Odisha’s Kalahandi