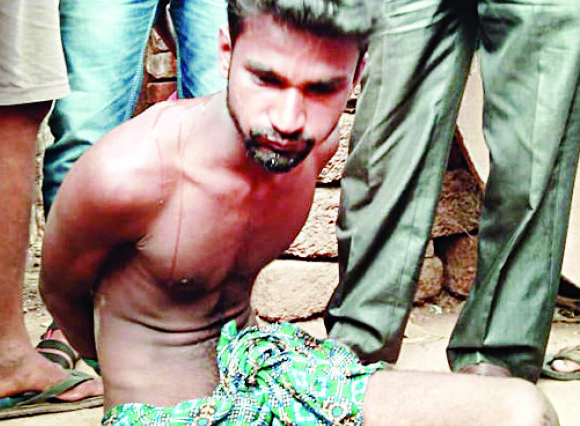 Bhubaneswar: A youth was thrashed by locals for allegedly stealing an ambulance here in the city on Wednesday.

According to reports, the accused stole an ambulance of a private hospital in a broad daylight while the ambulance driver Ratnakar Das was buying fish from a local market parking the vehicle under a flyover at Aiginia, on outskirts of Bhubaneswar.

The ambulance driver, who resides in Dumduma area, had not taken the key from the vehicle while he left for the shopping. Taking advantage of the situation, the accused fled with the ambulance from the spot. After a few minutes of the search for an ambulance near the locality, Ratnakar informed his friends about the theft.

However, the accused was caught by the victim’s friends while he was moving along with the ambulance towards Sarakantara village via Dumduma Housing Board market road. They stopped the ambulance and started beating up the accused without mercy.

On receiving information, the Khandagiri police reached the spot and rescued the accused from the irate locals.