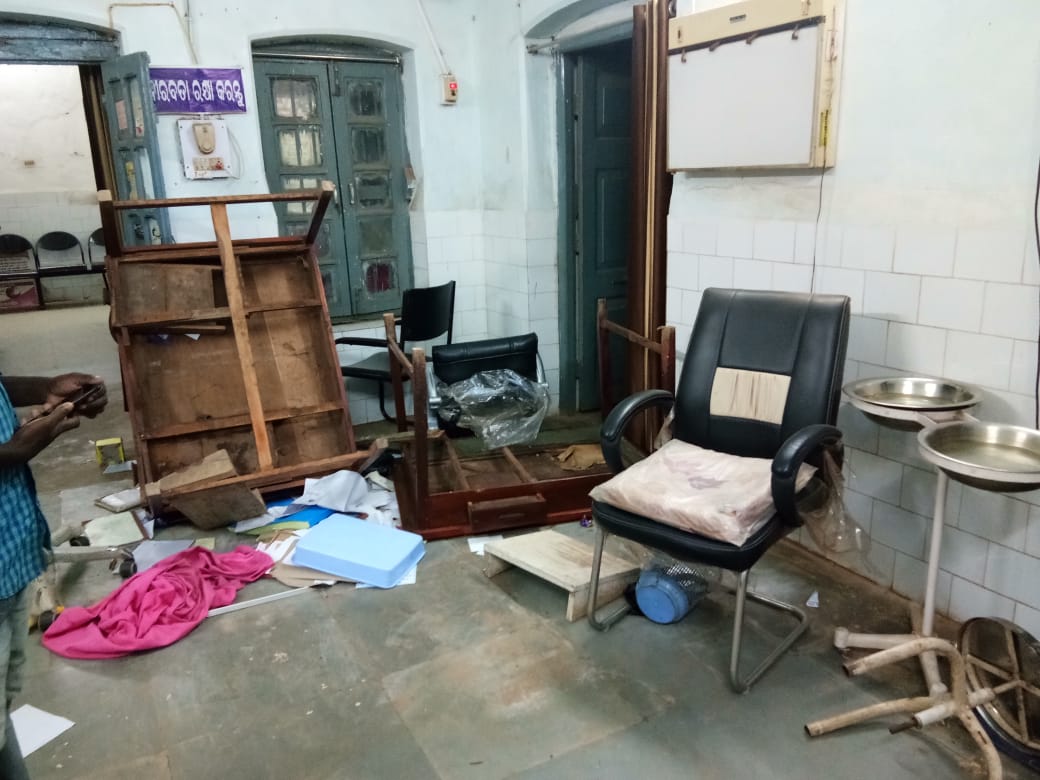 According to reports, three youths came to the hospital in an inebriated state after sustaining injuries in a road accident.

Alleging that the hospital staff weren’t paying attention towards their treatment, they vandalised hospital equipment, door panes, chairs and several other properties.

They also thrashed a doctor and security guards of the hospital. Police have detained the three accused for questioning.

Protesting the incident, doctors and staff of the hospital today staged dharna in front of outpatient department and demanded stringent action against the accused trio. Healthcare services were affected at the hospital due to the stir.

Later, district administration officials reached the hospital and assured the agitators regarding establishment of a police outpost on the hospital premises, following which the staff withdrew the dharna.