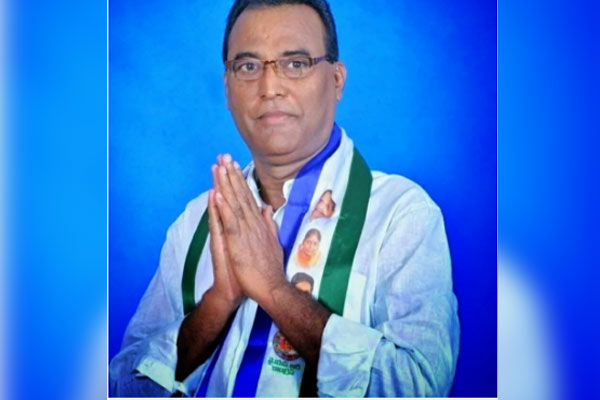 Amaravati:  Member of Andhra Pradesh Legislative Assembly, Gunthoti Venkata Subbaiah passed away on Sunday following a brief illness. He was 62.

Subbaiah, who represented the Badvel constituency (SC), breathed his last at a private hospital in Kadapa town, his family members said.

The MLA belonging to the ruling YSR Congress Party (YSRCP) is survived by wife and two children.

Subbaiah, an orthopedic surgeon, had undergone treatment at a hospital in Hyderabad and had recently returned to his constituency to participate in the campaign for municipal elections. He again took ill a few days ago and was admitted to a hospital in Kadapa.

Subbaiah had worked as YSRCP coordinator for Badvel constituency in 2016 and was elected to the Assembly from the same constituency in 2019 elections by defeating Telugu Desam Party (TDP) candidate Obulapuram Rajasekhar by over 44,000 votes.

Chief Minister Y.S. Jagan Mohan Reddy has expressed deep sorrow and grief over the demise of Subbaiah and conveyed his heartfelt condolences to the bereaved family members.