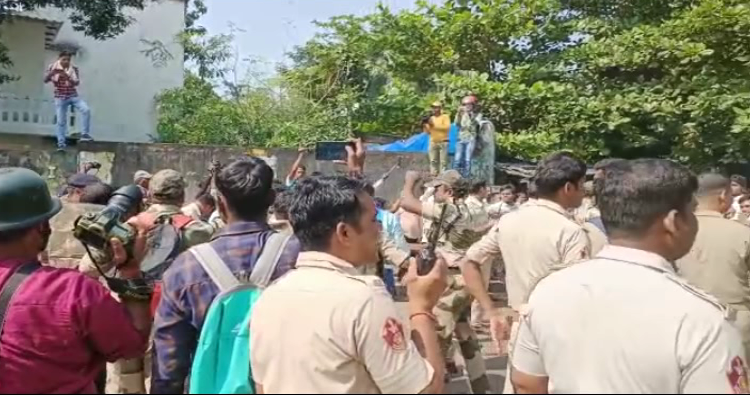 Intensifying the protests, the agitators faced off with police personnel while trying to break barricade to gherao residence of Chief Minister Naveen Patnaik.

Allegedly, they hurled eggs and tomatoes at the security forces during the face-off.

On the other hand, the members of Congress’ student wing stormed the residence of Home Minister (MoS) Tusharkanti Behera here over police inaction in death case of Zilla Parishad.

The protestors barged into the official residence of the minister and pelted eggs at the house alleging improper investigation into the death case.

Source said that the members of Odisha Chhatra Congress targeted the minister while moving towards Naveen Niwas for gherao demanding fair probe into death case of the BJD ZP member in Puri district.

Worth mentioning here that Congress has been demanding resignation of School & Mass Education Minister Samir Ranjan Dash for his alleged role behind death of the Zilla Parishad member. The party also demanded to bring the minister under purview of the investigation into the case.

Odisha today has the most robust infrastructure for disaster management: CM