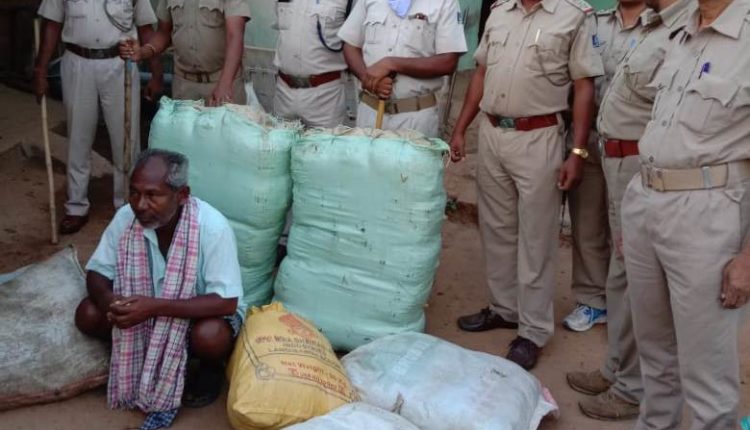 Boudh: In a major crackdown on ganja smugglers, the Boudh District Excise officials today seized 1.04 quintals of cannabis from a man in Manamunda police limits and arrested him today.

Acting on a tip-off, the excise official raided a house in Dapala village under Manamunda police limits and seized the 1.04 quintals of ganja packed in plastic packets.

The man, identified as Ganeswar Bagarti of the Dapala village was then arrested for possessing the huge quantity of ganja illegally.