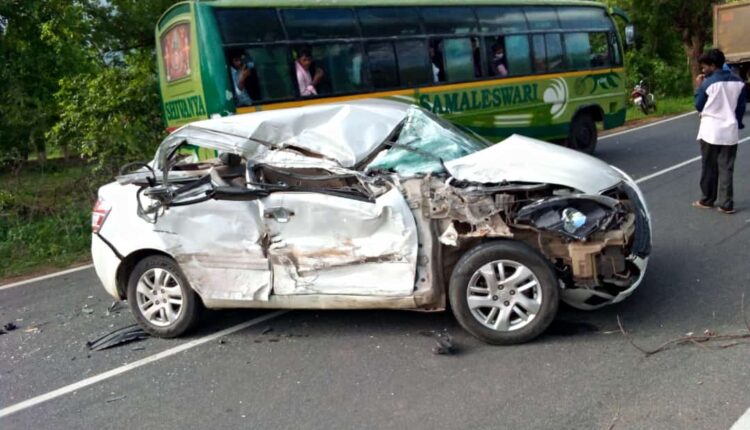 Balangir: A person was killed and over 10 others sustained grievous injuries after a car and a private bus had head-on collision on Balangir-Deogaon road today morning.

The bus named ‘Duleswari’, which was on its way from Balangir town, met with accident at Sina Khaman in the district, a police source informed.

Injured persons were rescued and rushed to Bhima Bhoi Medical College and Hospital (BBMCH) for treatment.

On being informed by some locals, Balangir police reached the accident site and have launched a detailed probe into the incident.