1 in 3 children under 5 malnourished: UNICEF report 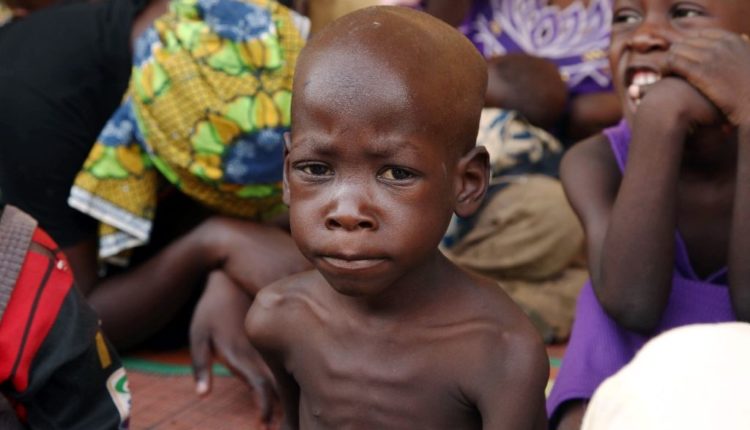 United Nations: At least one in three children under five across the globe are malnourished and not developing properly, a report of the United Nations Children’s Fund (UNICEF) revealed.

“An alarmingly high number of children are suffering the consequences of poor diets and a food system that is failing them,” the UNICEF warned in its report on children, food and nutrition on Tuesday, Xinhua news agency reported.

Over 200 million children under five are either undernourished or overweight, while one in three globally, and almost two thirds of children between the fragile ages of six months to two years, are not fed food that nurtures proper development, the State of the World’s Children 2019: Children, food and nutrition, found.

Despite growing technological advances to address health and nutrition, the world has lost sight of “the most basic fact: If children eat poorly, they live poorly,” the agency’s executive director, Henrietta Fore said, explaining that millions of children are not living on healthy diets “because they simply do not have a better choice.”

The flagship report describes the “triple burden” of malnutrition: undernutrition, overweight, and deficiencies in essential nutrients. While 149 million youngsters under five have stunted growth or too short for their age, 50 million are too thin for their height, common signs of undernutrition.

However, another 40 million in the same age bracket are overweight or obese. At the same time, half of all children under five worldwide are not getting essential vitamins and nutrients, an issue UNICEF has dubbed “hidden hunger.”

Poor diets are being introduced at the onset of life, which prove particularly detrimental in the crucial first 1,000 days. Though breastfeeding is shown to be lifesaving, only 42 per cent of children under six months of age are exclusively breastfed, with a growing reliance on infant formula, according to the report.

The lack of healthy food perpetuates families’ poverty status across generations, with the challenges posed by environmental changes worsening the problem.