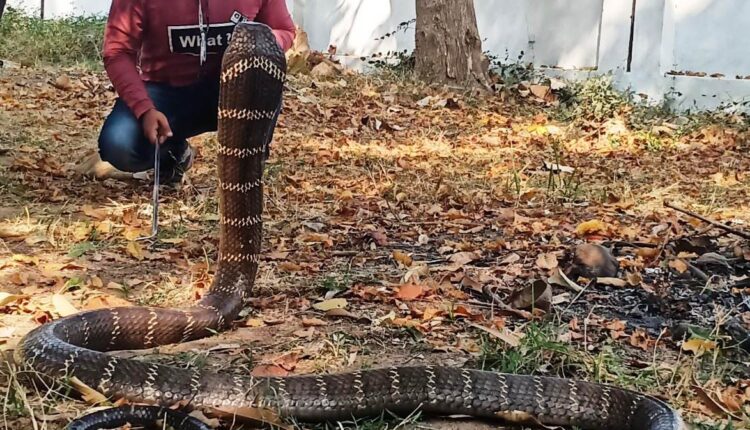 According to reports, one Komal Pradhan of the village spotted the reptile near a cowshed. Later, local Forest officials reached the spot and informed the Snake Helpline.

Members of the Snake Helpline rescued the snake and released it into forest near Tamna ghat. It is suspected that the king cobra strayed into the residential area from Rusimala hill.

Passenger bus from Bhubaneswar overturns at ghat in Kalahandi

Use of manjha banned in Odisha’s Cuttack city