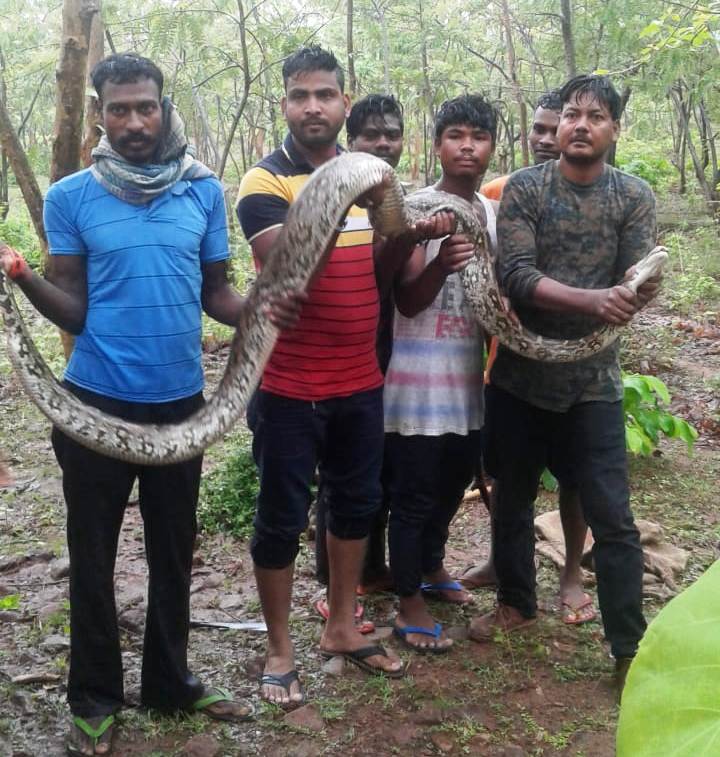 Jajpur: A 10-ft-long python was rescued from a village under Badachana block here in the district.

The snake catchers caught the giant snake from Badajhari village near Mahabinayak hill.

The reptile was spotted by the locals this morning following which they informed the snake helpline in the district.

On getting information, the snake helpline members reached the location and managed to rescue the python.

Later, the snake was released into the forest.