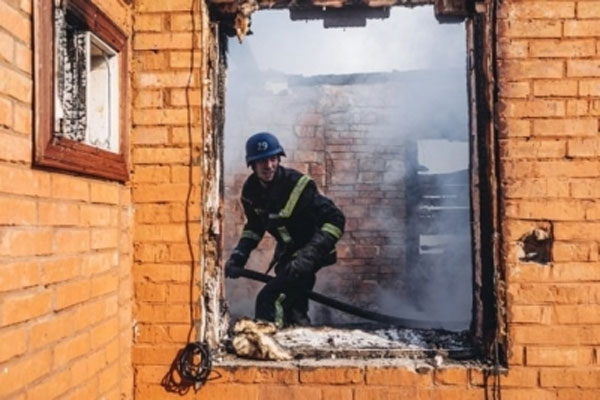 Kyiv: At least 10 people were injured after a Russian rocket hit a residential apartment building in Kyiv at around the same time when Ukrainian President Volodymyr Zelensky and UN Secretary-General Antonio Guterres were addressing a press briefing in the capital city.

“Due to the shelling, a fire broke out in the 25-storey building with partial destruction of the first and second floors,” he told reporters at the scene.

The fire was brought under control at around 9.25 p.m., immediately after which search operations were conducted, the adviser said, adding that five people were rescued.

Herashchenko said the rocket was fired from the Black Sea region, “most likely from the territory of the Ukrainian Crimea”.

During the press conference, Guterres criticised the Security Council for failing to prevent or end the war, adding that the UN will not give up on Ukraine and its people.