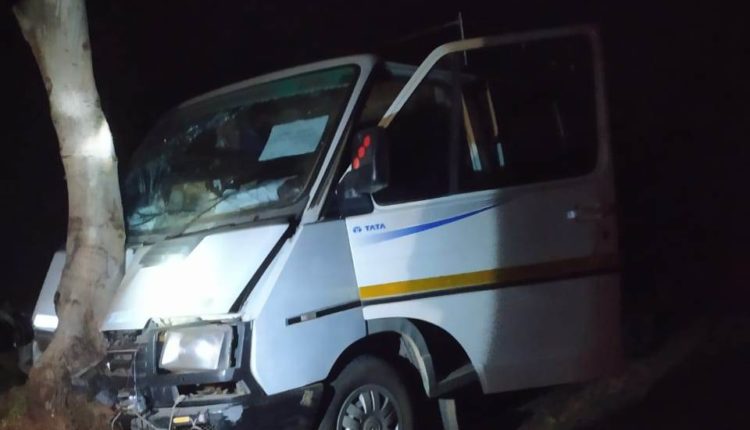 Angul: As many as ten migrant workers of Odisha sustained injuries as a mini bus in which they were returning home hit a roadside tree near Solapada in Angul district late last night.

As per information, 15 migrant workers hailing from Purunakot area of Keonjhar district were stranded in Palasa, Andhra Pradesh due to lockdown.

They were returning to their native place in the ill-fated vehicle which rammed into the tree leaving ten of them injured.

The victims have been admitted to the District Headquarters Hospital for treatment.