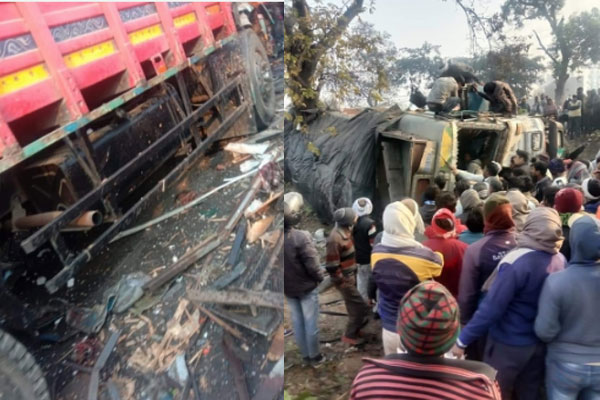 Moradabad: 10 people were killed and several others injured in a pile-up of three vehicles on the Moradabad-Agra Highway on Saturday in Uttar Pradesh, said police.

Chief Minister Yogi Adityanath offered his condolences and directed the officials to provide adequate medical care to the injured persons. He also announced a compensation of Rs 2 lakh each to the kin of the deceased persons and Rs 50,000 each to the injured.

District official Rakesh Kumar Singh, SSP Chaudhary, were among other officials who visited the accident site. City Superintendent of Police (SP) Amit Anand also visited the district hospital to check on the injured and said efforts were on to identify the deceased.

There was traffic snarls on the highway following the accident. The damaged vehicles were removed from the highway with the help of a crane to ease movement on the key route.