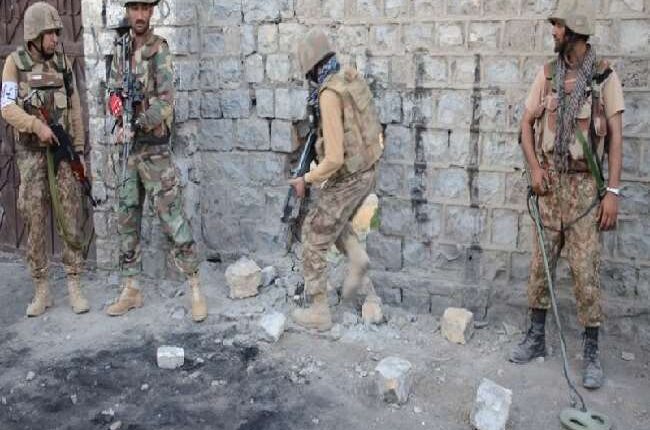 According to a statement issued by the Inter-Services Public Relations (ISPR), the “fire raid” by militants occurred on the night of January 25-26, Dawn news reported.

During the intense exchange of fire, one terrorist was killed and several injured. While repulsing terrorists’ fire raid, 10 soldiers were killed, said the ISPR statement.

It added that three terrorists were apprehended in the follow-up clearance operation, which it said was still in progress to hunt down the perpetrators of the incident.

“The armed forces are determined to eliminate terrorists from our soil no matter what the cost,” the ISPR statement said.

Earlier this month, a soldier was killed after terrorists attacked a military post in Bannu’s Janikhel.

On January 5, two soldiers were killed and as many terrorists killed in two separate intelligence-based operations (IBOs) conducted by security forces in Khyber Pakhtunkhwa.

Last month, four soldiers of the Pakistan Army were killed in an exchange of fire with terrorists during an IBO in the Mir Ali area of North Waziristan tribal district.