10 students injured as school van falls into canal in Odisha 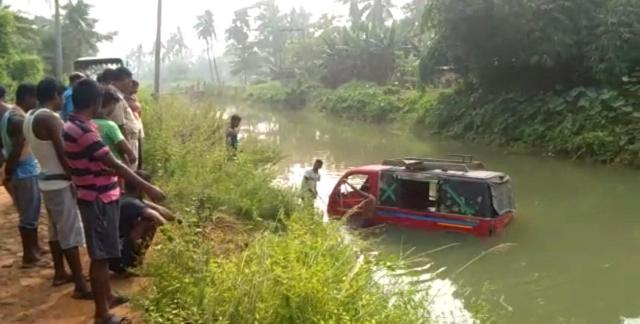 Puri: As many as 10 students were injured after their school van fell into a canal at Charichhak area in Odisha’s Puri district this morning.

The victims are the students of a private school in Tulasipur area.

According to reports, the school van carrying around 20 school students fell into a canal after the driver lost control over the vehicle under Charichhak police outpost in the morning. The students were to appear in examination today.

The locals present on the spot rescued children and the driver from the water.

While one student was rushed to Bhubaneswar in critical condition, nine were admitted to the Community Health Centre (CHC), Charichhak, for treatment.

On receiving information about the incident, parents of the students staged demonstration in front of the private school. Later, the situation was brought into control as the police managed to pacify the protestors.