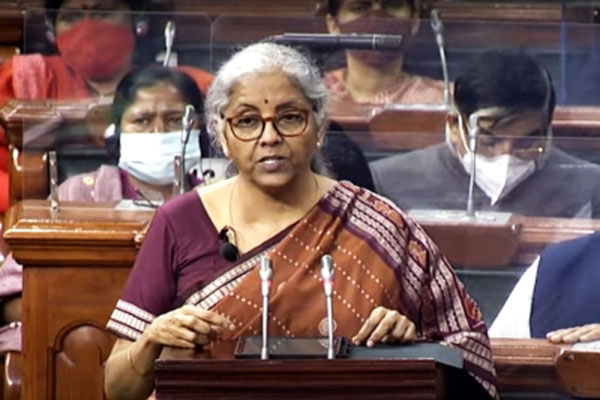 New Delhi: Finance Minister Nirmala Sitharaman on Tuesday said that 100 cargo terminals will be developed during the next three years under the PM Gati Shakti master plan.

“100 PM Gati Shakti cargo terminals for multimodal logistic facilities will be developed during the next three years,” the Finance Minister said while presenting the Union Budget in Parliament on Tuesday.

“All 7 engines will pull forward the economy in unison,” the Finance Minister averred.

Sitharaman said that projects, supported by energy transmission, IT communication, bulk water and sewerage, in national infrastructure pipeline which pertains to seven engines will be aligned with PM Gati Shakti Framework.

“Touchstone of the master plan will be world class modern Infra, logistics synergy among different modes of movement and location of projects,” she said.

The Finance Minister also apprised that PM Gati Shakti Master Plan for expressways will be formulated in 2022-23, to facilitate faster movement of people and goods. She said that the national highway motorway network will be expanded by 25,000 km in 2022-23 and Rs 20,000 crore will be mobilized to complement public resources.

2K km of Rail network to be brought under KAWACH tech: FM