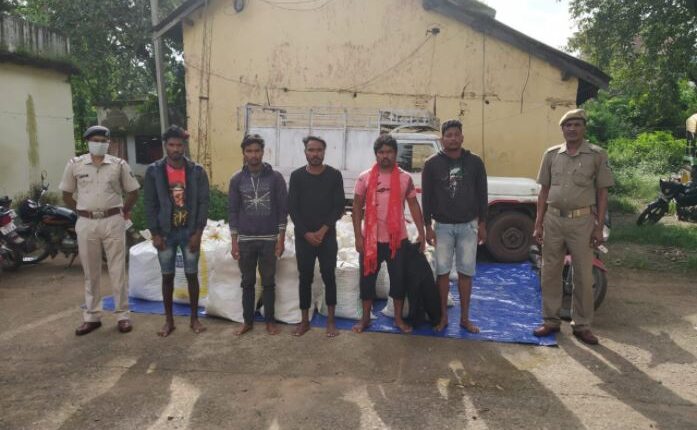 Jeypore: The police arrested five persons for their alleged involvement in smuggling ganja (cannabis) in Odisha’s Koraput district on Friday. Acting on a tip-off, the police searched two vehicles near Kokriguda Chhak under Semiliguda police limits of the district at around 11 am on Friday.

A case No. 79/2020 under several sections of the NDPS Act, 1985 was registered at Semiliguda police station.