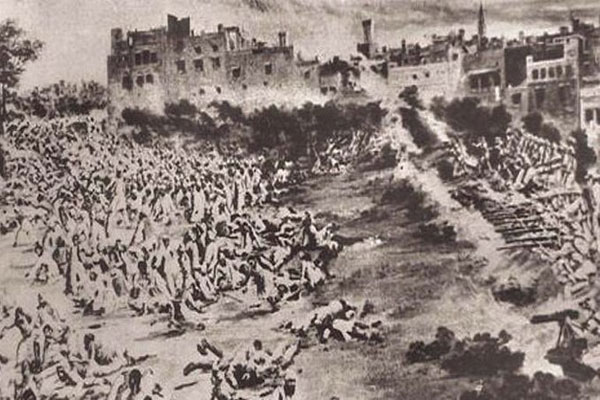 The Baisakhi of April 1919 was carved in the history as one of the bloodiest chapters of India’s freedom struggle. The beautiful garden turned into a graveyard as the British army sprayed bullets indiscriminately at men, women and children present on the ground. Over 100 years have passed. The bloodstains on the walls have faded and the wailings have fallen mute. But, the Jallianwala Bagh massacre is neither forgotten nor forgiven.

The Jallianwala Bagh massacre or the Amritsar massacre of April 13, 1919 accounts for the gruesome execution of hundreds of innocent people, including children, by the Gurkha British Indian army on the orders of the then Anglo-Indian Brigadier R.E.H. Dyer. On that fateful day, a large peaceful crowd had gathered at the Jallianwala Bagh to protest the arrest of India’s independence leaders Dr. Saifuddin Kitchlew and Dr. Satya Pal. While, one section of the ground was occupied by peaceful protestors, many other locals were scattered on the garden premises, with families, after finishing the Baisakhi rituals.

Dyer reached the spot with his army troops, blocked the exit and ordered to open fire. The army rained bullets on the innocent locals without warning and continued until they had exhausted their ammunition. As per records, over 1,200 people were injured and aver 1500 people died in the massacre.

The massacre shook the faith of general Indian public in the United Kingdom and its intentions and that led to Non-Cooperation Movement of 1920-22. In the following events, Dyer faced an inquiry by the Hunter Commission and was eventually asked to step down from the army.