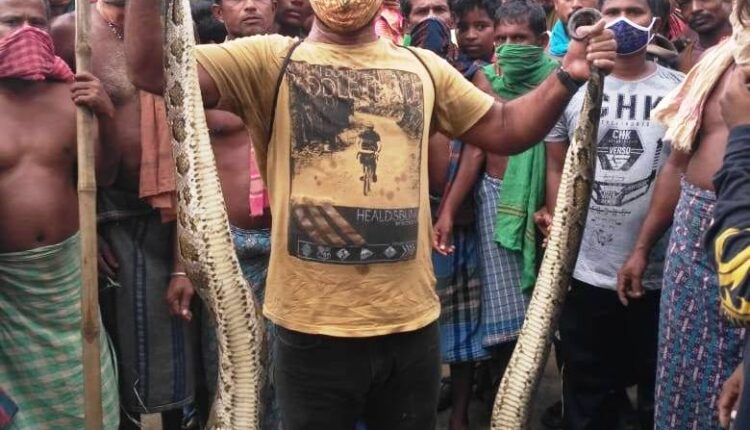 Puri:  Residents of Podakera village under Balabhadrapur Gram Panchayat in Puri district were petrified after a giant python was spotted in the locality early this morning.

Sources said few locals first spotted the 12.5 feet Burmese python in a bushy area and immediately raised an alarm. People in large numbers gathered at the site to see the huge python. Later, the villagers called up the Puri Snake Helpline.

Soon after, snake-catcher Sangram Keshari reached the spot and rescued the snake with the help of the locals.

The python weighing around 16 kg was male and believed to be of 10 years old. Later, the snake was handed over to the Forest unit in Puri, sources added.