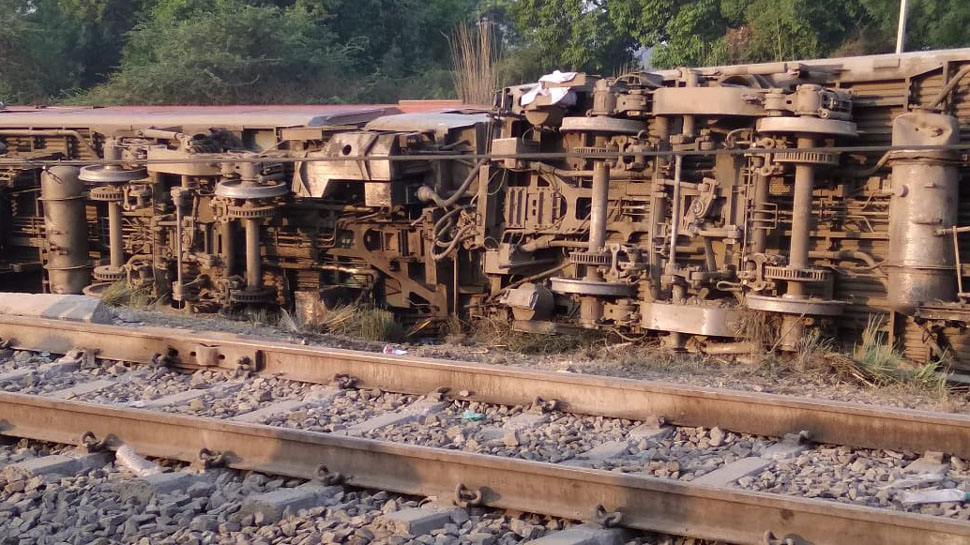 Kanpur: At least three people were injured on Saturday after 12 coaches of the Delhi-bound Poorva Express derailed near Kanpur, railway officials said.

The 12 coaches comprised 10 passenger coaches, one pantry and the power car, according to the officials. Four coaches capsized following the derailment.

The train was running at a speed of 100 km per hour. The cause of the derailment is yet to be ascertained.

A team of National Disaster Response Force (NDRF) has reached the spot for rescue operations.

Railway Ministry spokesperson Smita Vats Sharma in Delhi said: “No casualties, no serious injuries. All the passengers have been evacuated. An Accident Relief Train (ART) and Accident Relief Medical Equipment (ARME) were dispatched to the accident site. The main route has been impacted due to the derailment.”

The passengers of the Poorva Express were brought to Kanpur by several buses.

From Kanpur, the relief train with 900 passengers onboard has left for Delhi.

Restoration work of the track would be completed by 4 p.m., the officials added.