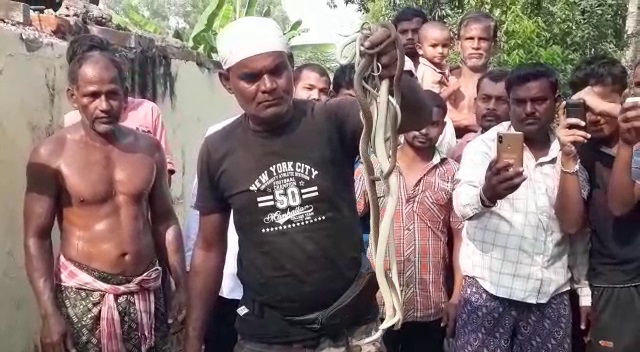 Bhadrak: As many as 12 cobras were rescued from a house at Anharpur village under Dhamanagar block in Odisha’s Bhadrak district today.

The dozen of venomous snakes along with baby cobras were rescued by snake catcher Mirza Mohd Arif from residence of a person namely Kapilendra Bal.

According to reports, the family members had approached the snake catcher after they spotted some snakes playing inside the house. On receiving information, Mirza reached the village and successfully rescued the snakes without hurting them.

Following rescue, Mirza handed over the snakes to the forest department.

The locals were panicked to witness a dozen of cobras in hands of the snake rescuer.

Earlier, hundreds of baby cobras were rescued in Bhadrak district.