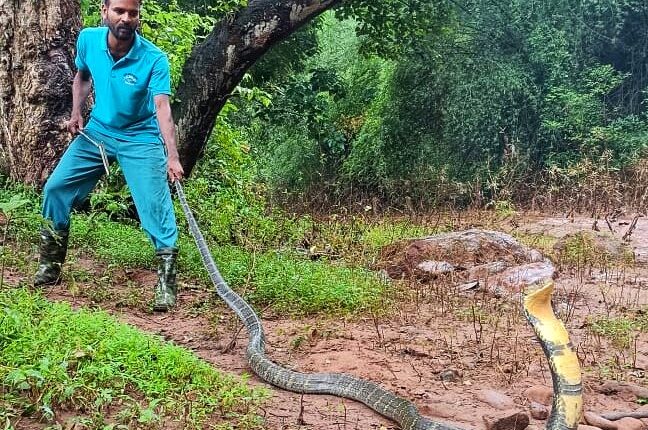 Bantala: Residents of Gadataras village under Bantala forest area of Angul block had a shock of their lives when they found a long King Cobra near a water body in the village today.

They discovered the serpent near a pond adjacent to the Shiv temple in the village. Subsequently, village president Subarni Rout informed Angul Sarpa Mitra Aditya Behera about the long snake.

Behera along with the snake rescuers reached the village and rescued the 12-ft-long King Cobra from the pond.

The serpent was taken to the Bantala forest office and later released to nearby natural habitat.